ODGM is a ‘boutique’ label that delivers the music like ‘fine wine,

So that you can dine’.Designed to represent the highest quality of musical engagement. The metaphysics of  Word, Sound and Power has been the offensive and defensive weapon of choice for Melanated people under oppression. In recognition of this fact, it is a natural progression to employ this principle in the advancement   of our Sovereign right to live the lives we choose.

The ‘magic’ and the ‘science’ of sound is that it enters the ear and turns into light as it encounters the crystalline bloodstream and either illuminates or dulls that stream, affecting the consciousness.

The label boasts UK legend Princess as The First Lady of ODG and The Krown Jewels, (who do triple duty as   Princess’ band, a stand-alone band and house band for The International Reggae Train TV show).

In this new advent as we reinvent ourselves ODGM is intent on providing a sonic ‘ledger’ of great music.

OnDa Ground Music Label provides the harmonious and healthy feast that graces any table, eat and be well!!!

Legendary UK artist Princess whose discography includes the multi-million seller Say I’m Your Number One and whose debut album ‘Princess’ went gold is enjoying a “Coming Forward” in her own words.
Princess’ true foray into music was encouraged by her Jamaican born brother Don, who was visiting during his summer vacation from the American International School of Dusseldorf, Germany. He lived with their dad, James Lloyd, who was a fairly well known singer in Germany. Princess says “I was interested in pursuing the Law as a career and began that journey. During my first year of college I got my first opportunity to sing backing vocals on a Punk Rock track. The die was cast I was hooked”. Princess toured as a backing vocalist as well as doing sessions in the subsequent years before her first real break came.

Desiree PKA Princess grew up listening to a wide variety of music that represented UK radio’s diverse programming. Among her many influences are Aretha Franklin, Stevie Wonder, The O’Jays, The Temptations, Michael & The Jackson 5, Gladys Knight & The Pips, Chaka Khan, Isaac Hayes, Luther Vandross, Joni Mitchell, The Beatles, Weather Report, Lonnie Liston Smith, Bob Marley and The Wailers, Dennis Brown, Miles Davis, Grover Washington Jr. and many more too numerous to mention. “I was able to vocally mimic these artists and many a lunch hour found me entertaining my friends with latest rendition of a new Jackson Five hit”. 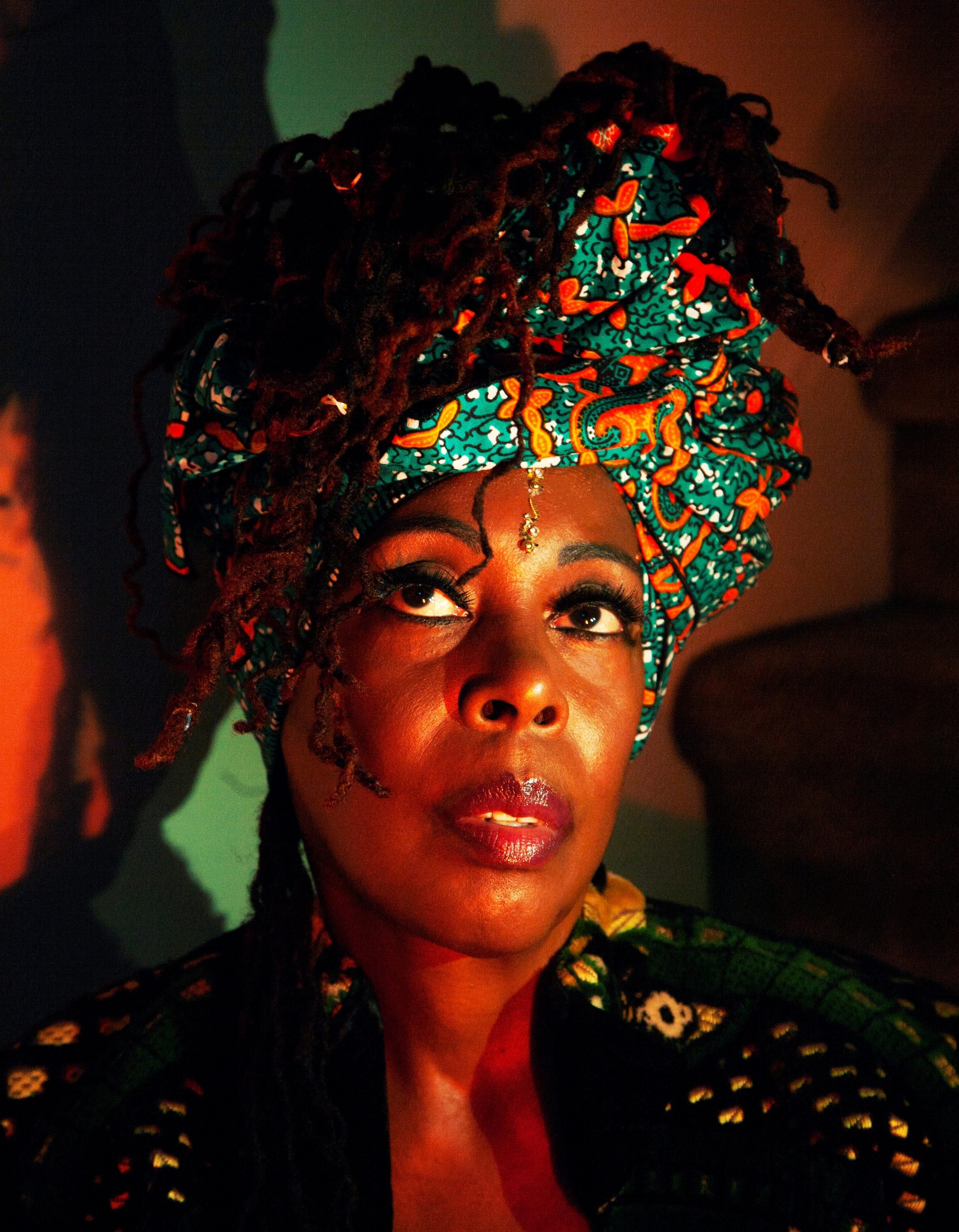 THE KROWN JEWELS (TKJ) is a name coined by Donovan Heslop in the creation of a band for the UK Recording artist PRINCESS and as the house band for The International Reggae Train TV Show (The IRT TV Show). THE KROWN JEWELS is also a stand-alone performing/recording unit with triple threat Jermaine “JERMZ” Mellers in the roles of MD, bass player and lead singer. Having done some recording with “JERMZ” formerly of the Anthem band on a PRINCESS track, Donovan approached him to put the members together. “JERMZ” was able to accomplish the task in record time and TKJ was in rehearsal for the TV show within weeks. TKJ displayed their dynamic approach to music by making their first public appearance on the shoot of The IRT TV Show. They played the theme song with an appreciative audience rocking out to the insistent Paul Sutten dub style drum rhythm. Paul has been replaced by Shaun Scott. Add the unique keyboard stylings of Raymond Stewart and the emotive voice of bass guitarist and lead singer “JERMZ”, informing everyone that it’s “Time to Ride on the Reggae Train, The International Reggae Train … All aboard Now”. 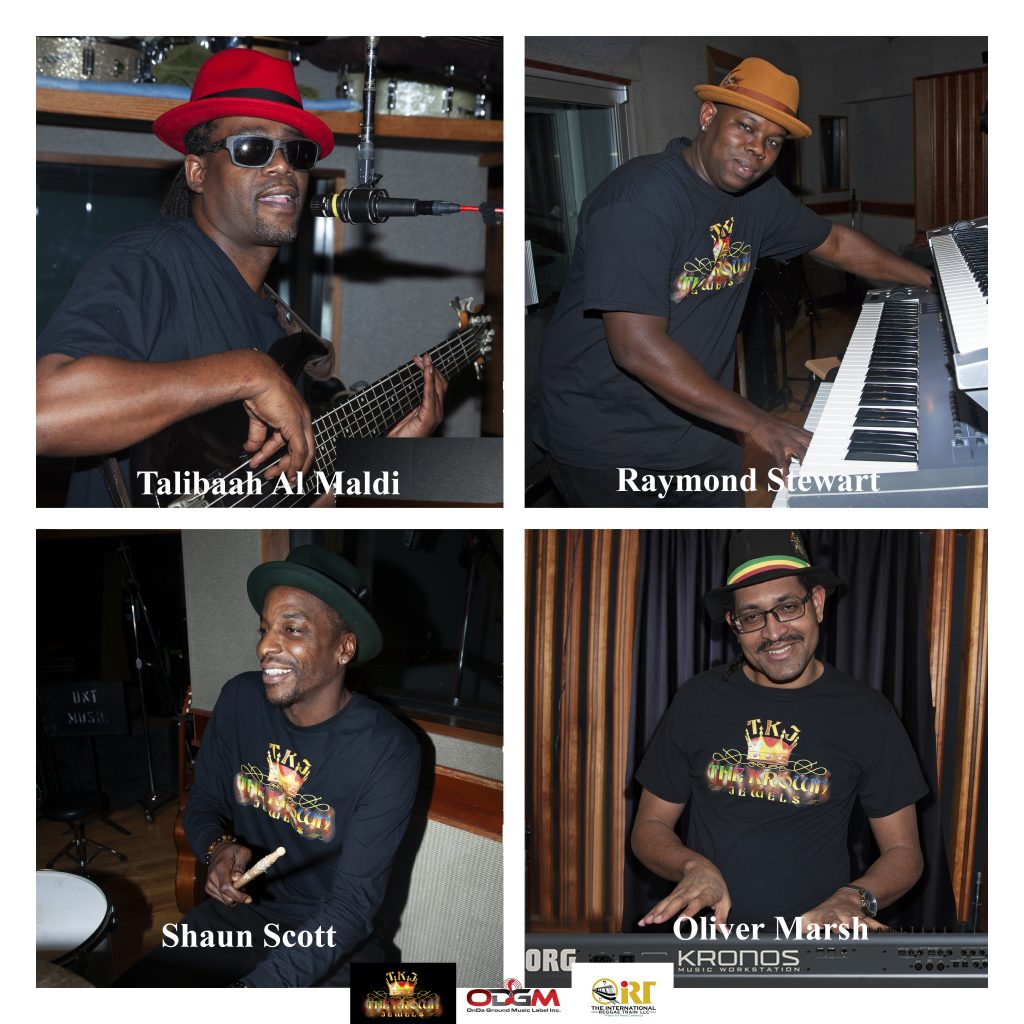